How you can innovate using the same techniques as David Bowie

Game development is a one of the coolest jobs on the block. I’m lucky enough to have been doing it for a few years now. Being this “experienced”, I am often called upon to make presentations to wax lyrical about my career in entrepreneurial innovations I’ve made.

Whilst I love talking about myself, what the audience really want is for me to spell out the secret recipe to innovation so that they can recreate it themselves.

But there is a big problem.

Put simply there is no reason why some cultural phenomena take off burning simultaneously into so many people’s consciousness while others don’t. But explaining that your hit titles are based in random magic inspired rather than controlled innovation process doesn’t make great reading in a CV does it?

Whilst there is no secret recipe to innovation success there are tools to facilitate it.

Let me tell you how David Bowie does it.

Every innovation contains a bit of magic

Every game, piece of music, film or creative endeavour has a component of luck, a bit of pure magic that the occasional muggle can conjure but rarely replicate.

Crushing though it seems innovation is a hard game requiring confidence passion and experience by the bucket load and tenacity. The good news is that this process is as democratic as they come. You just gotta keep fiddling tweaking this bit and twiddling the next. Never stop trying.

As Walt Disney once said:

“The difference in winning & losing is most often, not quitting”.

Whilst it shows a degree of talent to be able to copy an exiting product It is pointless to produce it in the same context. Whilst innovation need not necessarily be original, innovators also need to move away from the “me-too” copy cat mindset and try something new.

It’s this scary prospect that separates truly great innovators from the noise.

David Bowie is a brave Innovator

David Bowie is one heck of a brave innovator. He is a great innovator too. Creative and commercial. Over the years he has released heaps of albums, photos and works of art.

Since his first release of Space Oddity was made in 1969, Bowie has gone thru many incarnations as he tried, failed, succeeded with one idea or another.  Most importantly however when the idea became stale he changed direction.

Bowie you could say invented the notion of the fashionable management term PIVOT.

How many of these successful “changes” (pivots) can you remember?

Bowie seems never to have been afraid of making new stuff. You could argue that some did not have the commercial appeal as others, but the point is he keeps trying.

When it comes to innovation you need to be brave be agile. With each iteration alter your direction using your new experience and try to innovate something new.

But if it doesn’t work, burn it like Bowie and *CHANGE* to something new.

I hope you find this article interesting, check out my ebook,  Innovation Muscle. Its a short sharp read as to how you and your team can innovate fresh powerful ideas. Using these processes you will be able to create ideas that punch above their weight. 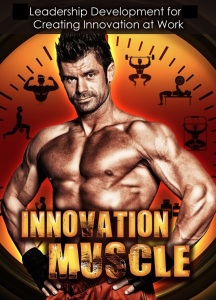 Anyone purchasing the book will receive not one, but TWO FREE mini e-books that are supplied directly as PDF files to your inbox. These can be distributed to you team when starting a new project or used simply to sanity check your existing processes.

Hey there! My name is Paul Ranson — the voice behind the podcast. I am passionate about the innovation scene.

The currency of the modern world is idea driven

There has never been a more exciting time to innovate. The effort required to lift your idea into a product has never been easier. In my blogs I attempt to lift the lid on the modern ideas and thinking that will help you become a more effective creator of innovative ideas... Read More